Giorik was founded in 1963 and was first set up to produce professional fryers when they were not commonplace in kitchens.   During the 60s and 70s, Giorik experienced a period of meteoric growth which set the company as a market leader in the production of Professional fryers.  In the early 80s, Giorik designed and developed the revolutionary Salamander grill  highly innovative products that were new to the market.

Recognising a need for a horizontal cooking line Giorik developed a new 700 and 900 line during the early 2000s.

A large range of convection and Combi ovens are manufactured by Giorik, from simple manual models to top of the range programmable ovens with features that outshine the worldâs finest ovens.

In 2011 Giorik moved to a new production facility with dedicated R&D laboratories and a demonstration kitchen where Giorikâs own chefs hold regular training seminars on new cooking techniques.

Innovation, manufacturing excellence and after sales service ensure Giorik is acknowleged as one of the market leaders in the food service industrymaking GIORIK a company with its skills and craftsmanship rooted firmly in the past but whose ambitions are decidedly aimed at the future.

Euro Catering are proud to partner with Giorik since 1996. 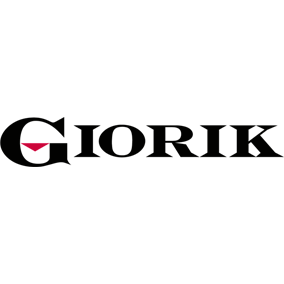